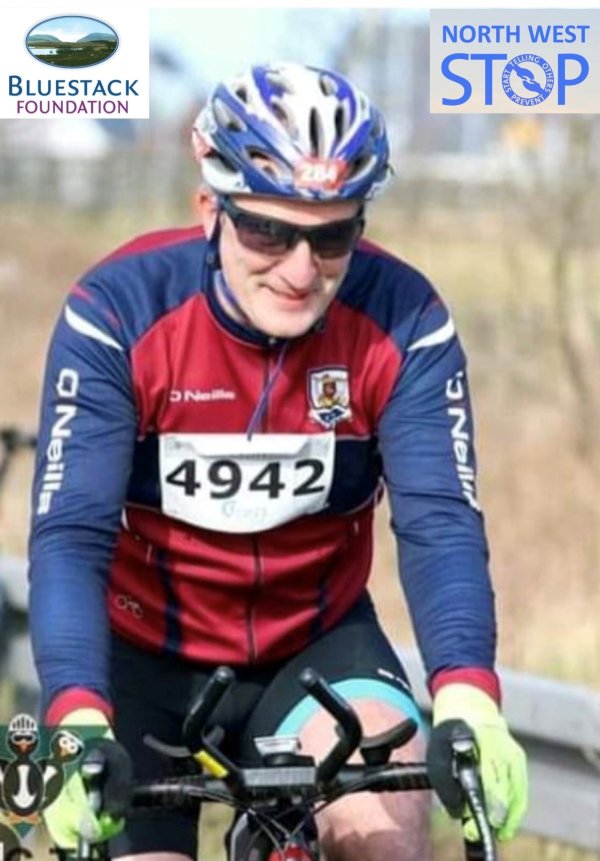 Some man for one man, Donegal retired Garda John Rooney will cycle 700km along the west coast from Clare to Ballyshannon on June 3rd.  Staring in Ennis and finishing in Ballyshannon, this tour de force will take in some breathtaking scenery along the rugged coastline of Ireland.  He’ll be doing this non-stop and solo!

Last year, John cycled from Mizen Head to Malin Head to raise funds for North West STOP and Little Blue Heroes and raised € 10,792.00 which was split between both charities, providing over 120 counselling hours (through counsellors at North West STOP) to people in need of mental health assistance. 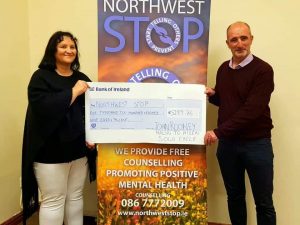 Like the 2021 charity cycle, John has chosen two causes to support: along with ourselves he will split the fundraising proceeds with the Bluestack Foundation, enhancing the lives of people with intellectual disabilities.  To support this tremendous challenge, head to John’s iDonate page.